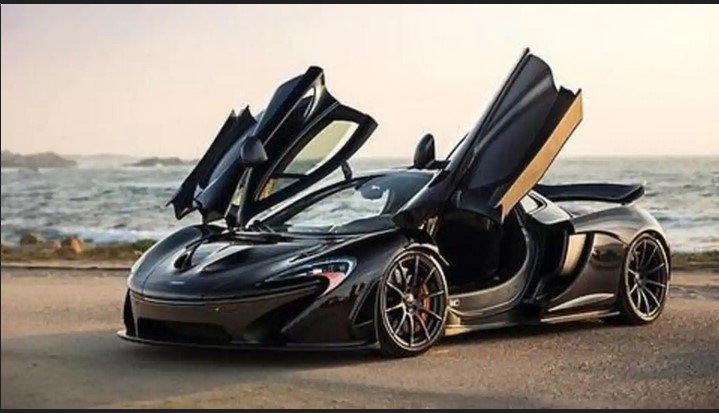 During 2012 McLaren presented the first hybrid vehicle in the history of the car brand at the Paris Motor Show. It’s the McLaren P1 which was built to replace the mythical McLaren F1 of the 90’s. This luxury cars was marketed from 2013 to compete directly with Ferrari, Pagani Huayra, Porsche, Lamborghini and the Bugatti as well.

The woking England engineers put all the experience and technology taken from Formula 1 competition in this beautiful vehicle, among them we can highlight: Carbon fiber monocoque chassis with a safety cage called Monocage. An electric motor called KERS which produces 185 horsepower and works with a twin turbo V8 3.8 liter engine that produces 720 horsepower and in total they add 900 horsepower and 660 lb-ft of torque. Such an electric motor can also run on its own and can roll up to a distance of 15-20 kilometers at an average speed of 50 kmph . The batteries for the engine are located behind the cab and can be recharged through a special socket or by the engine, a full charge takes 2 hours.

The P1 also uses a system similar to the DRS called the active drag reduction system, which is achieved mainly thanks to the use of a gigantic spoiler capable of being positioned in different positions. McLaren also claims that the P1 supports a huge downforce 650 kg with speeds of up to 258 kmph. The gearbox used to handle all this rush of power is a dual clutch 7 speed gearbox derived from races experience. It is capable of propelling the P1 from 0 to 100 kmph (0 to 60 mph) in just 2.9 seconds, from 0 to 200 km/h in 6.9 seconds until reaching the electronically-limited maximum speed of 350 kmph or 216 mph but, if the customer wishes, that limitation can be removed so that it reaches up to 405 kmph or 252 mph. Its total weight is 1.390 kg.

For the brakes, the McLaren P1 uses a new type of carbon-ceramic in the brake discs that help improve stopping distance as they can absorb up to 45% more energy than conventional ceramic rotors, thus achieving that the P1 brakes from 100 to 0 kmph in only 32 meters and from 200 to 0 kmph in just 120 meters.

On the inside we can give a look to a racing-inspired cabin, it is sober but very beautiful and luxurious. All parts such as the door panels, seats which weight only 10 kg each, instrument cluster and steering wheel are made of carbon fiber with an accentuated touch of alcantara and it has been ergonomically designed to save weight. Instrumentation is displayed on three TFT displays with four switchable modes.